London Man and Van › Blog › Moving to Study in Waterloo, London - Useful Information for Colleges and Universities in the Area 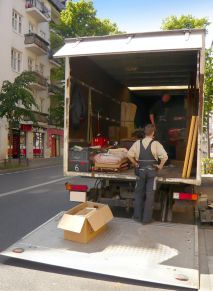 Colleges and Universities - Moving to Study in Waterloo

The British education has very old and well estimated traditions, which are valued all over the world and this makes the United Kingdom one of the most desired destination for students from Europe and other continents. London is the cradle of all colleges and universities and thousands of graduates are moving to the town each year to receive degrees in any aspect of the education.

The Waterloo district is one part of Central London which is home for numerous institutes for students. The list is very long and those who want to come and spend the most important time of their lives in the area will have many options to choose from.

Today the region is center of the education in this part of London, but in the past nothing about the area was telling that it will be good for living some day. In 18th century the neighborhood was famous as the marshlands of Lamberth Borough and logically was all under the water. Eventually it was drained, due to the fact that the growth of the city needed new territories. The bridges in the area started to appear one by one and it become what it is visible for the citizens today.

King’s College London is one of the most elite places in the district. The students who will come and stay in the campus will be amazed by the innovations made since the 2009. Each teaching room and IT hall, as well as the library are transformed and are now very useful dynamic space, which the kids can use for studying and gathering for long discussions, or just hang out together.

The location of the district and the college in private gives full access to the best part of the London life, as long as the students have enough time from studying to go out and wander around. The place is offering many academic schools to choose from – there is law, art and dental institute, as well as medicine, mathematics and social science departments.

Guy Kings and St. Thomas School of Medicine is only for medical studies. It is located at the Newcomen Street and is very easily accessed due to the nearly located London Bridge Station.

The London South Bank University is another great place to apply to. It can be found on 83 New Kent Road. For its more than one century of hard work, it has achieved much in education and was always working in close relations and permanent contacts with employers and professional bodies from all the industries that are studied in the institution. The structure of the university is consisting of four major faculties, including engineering, business, health and social care and arts. It has more than two thousand foreign students so the reputation of the place has long ago gone beyond the borders of the UK.

The London College of Advanced Studies is a very good option for your children. It is famous for being one of the biggest colleges in the East Part of London and at the same time is just in the middle of entertainment and the colorful life of the capital. The campus is very modern and the large three storey buildings have the capacity to welcome more than two thousand students at the same time. 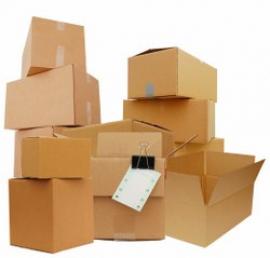 Large Boxes for Moving House To be honest with ourselves, when most of think of moving house, we get a mental image...

Get The Best Out Of Your Removals In London

How to choose the best removals company? When undergoing any type of removal or relocation project, chances are that...

Undergoing A House Relocation On A Budget 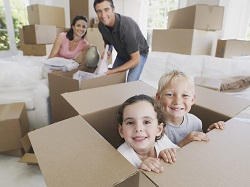 How To Make A Moving Budget? Moving house is an expensive process, so it’s essential you do everything in your...