To have the best removal in North West London you will need to be ready for every step of the process. Going in prepared will help ensure that the process goes smoothly, as you avoid delays, damages, lost goods, miscommunication etc. Planning the move can involve a lot of work, but it will only make the real chores easier. You still have to carefully pack all of your goods and shift heavy items, with a suitable vehicle waiting in the wings. The easier way to be ready for all of this and then to have it carried out smoothly is to hire London Man and Van. Call 020 8746 4330 now for a free quote! We are a leading firm who can assist with everything and take care of all the difficult aspects of your home or office removal.

One call to us can be worth equal to weeks of planning. We can take over your move and see to each step for you. We are an experienced removal firm so we have handled countless moves before. We have seen it all and done it all, so your move will be no problem for us. We can send a man and van team to help with packing and carrying, provide vehicles for transportation and give you all the necessary info. Just call 020 8746 4330 today and let us do the rest!

Getting to Know North West London 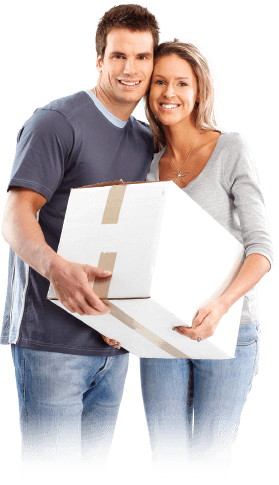 Whether you are new to North West London or have lived there you whole life, it is always worth looking into the area to learn more about it and see what it offers. It is one of the major areas that make up the London region. There are parts of several London Boroughs within it: Ealing, Hammersmith & Fulham, Harrow, Brent, Islington, Barnet, Westminster, Kensington & Chelsea and Camden. Towns and smaller areas within the boroughs include Camden Town, Kentish Town, Gospel Oak, Baker Street, Swiss Cottage, Cricklewood, Mill Hill, the Hyde, Belsize Park, Lisson Grove and Queen's Park. The postcodes used here are NW1 to NW11.

North West London is a popular region. Everything you could want from somewhere to live can be found here in abundance, such as restaurants, theatres, stores, museums, markers, galleries and more. Notable examples of such places as the Roundhouse Theatre, Madame Tussauds wax museum and the University of London Observatory. Parks, gardens and open spaces are common in this part of London, with prominent examples being Gladstone Park, Lissenden Gardens, Hyde Park, the Arkley Nature Reserves and Primrose Hill. Many famous people have lived here over time, with some of the most notable North West London residents being Charles Dickens, George Orwell, Mary Shelley, Karl Marx, Keith Richards, Simon Pegg, Nick Frost, Sean Bean, Alan Rickman, Peter O'Toole and Richard Branson.

How we Help with Your Move

Each member of staff we send to your address is more than capable of handling your move. Whether you are relocating from a home or office, our team can help you get there. They have the knowledge to ensure your goods are properly packed and boxed, and will also provide the materials you require. They will move your goods from the building, navigating doors, stairs and other obstacles. They will load the vehicles we use and safely transport everything to your new address on time and fully intact.

Our removal services are flexible so we can help with what you need, when you need it. We can send as many staff as necessary and will use the most suitable removal vans for you move. Call 020 8746 4330 now to discover more about this and get full moving info. We can also offer our free quotes to guarantee a great deal with London Man and Van. This estimate requires no commitment and will help you get the most hassle-free removal in North West London.